GCN helped take part in this year's Remembrance Service in the grounds of St. John's Church, Churchdown. Chris Auker-Howlett was the official Marshal for the event, who helped organise how each group were positioned and the order in which wreaths and crosses were laid. GCN also filmed the live broadcast of the service for those who were not able to attend in person.

This year is the 100th Anniversary of the creation of the Poppy Appeal, which was first created in 1921 when Madam Guérin (known as the Poppy Lady from France), when she made cotton and silk poppies in the devastated areas of France. She was the originator of Poppy Date for the widows and orphans of soliders killed during WW1. 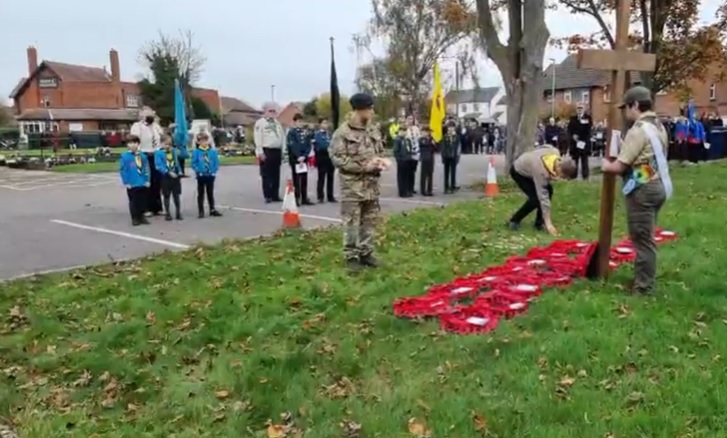 Click on the above picture to be directed to the video, which resides on the Facebook page for St John's Church, Churchdown, Gloucester