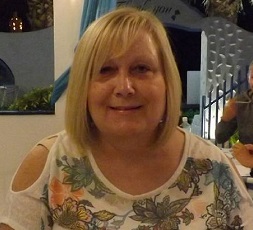 I am proud to say that I am a Trustee, Secretary and willing volunteer for Gloucester Community Network (GCN) and have known my fellow Trustees Chris, Paul, Janet and Gary for a number of years not only as neighbours but as friends.

I am a dedicated mother to two now adult sons and have spent many years supporting their many sporting interests, particularly rugby. To this end, I became the Secretary of the Junior Section of our local rugby club, Chosen Hill FP RFC » in Churchdown, for many years where, as a Committee, we organised numerous fund raising social events, rugby tours, raffles, rugby festivals to name but a few. I was always proud to be part of an organisation that promoted sport to young people, and it was a privilege to watch not only my sons, but their fellow team mates, grow up to be healthy, disciplined and focused young men.

I have worked in the legal profession for over 30 years for a local firm of solicitors in Cheltenham called Harrison Clark Rickerbys Solicitors ». For several of those years, I was part of the firm’s Social Committee who were responsible for organising fund raising events and activities for staff with the aim of raising funds for the firm’s nominated Charity. For me, there is nothing better than being able to raise money that can make just a small difference to someone’s life.

Since getting to know Chris, his enthusiasm for all things WW1 have made me look at my own family’s history and I have discovered that both of my grandfathers served in the army during WW1. I believe my maternal grandfather served in India and having caught malaria, was invalided out of the army. My paternal grandfather served with the Monmouthshire Regiment » but I believed suffered from gas inhalation so was also invalided out of the army. I am lucky to have inherited his War medals. I also know that my maternal grandmother worked in the munitions factory » in Quedgeley during the War making her a “Canary Girl” ».

I feel sure that both my grandfathers received little or no help after their departure from the army and I know family life was a struggle for them. As a member of GCN, I hope in some small way we can help make a difference to the life of a veteran and his/her family.