There was a lot of interest in a number of GCN projects, in particular, the War Out Reach in Schools project (W.O.R.S), by parents, teachers and a local PTA Govenor and additional interested in potentially 'First Aid 4 All' (FA4A) training for pupils at her school. 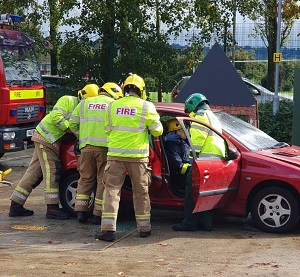 Chris also spoke to two Veterans regarding them accessing Combat Stress. Additionally, he also spoke to the Life Boat Crews, who cover the Severn Estuary. They talked about the high number of suicides under the Old Severn Bridge near the Beachley Army Camp. There may be a possiblity of Chris going to give a talk to their crews on Veterans' Mental Health support and supplying them with a Veterans' Mental Health Information Packs to give out after a successful rescue. 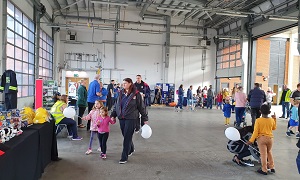 Chris spoke to Gloucestershire University Paramedic Course Tutors with regards to GCN possibly giving talks to Paramedic Students on when they come across Veterans in their future careers. Also to highlight to these students about the need to be aware of their colleagues and their own mental health throughout their training and into their careers as Front Line Paramedics. 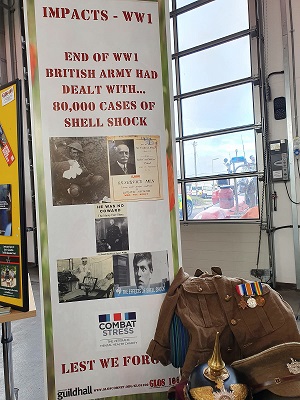 Promoting the Centenary of the beginning of Combat Stress 'Shell Shock to PTSD'. Additional links with Emergency Services also suffering from PTSD

Stroud Sea and Royal Marine Cadets were interested in the GCN W.O.R.S. Project supporting their work on Military WW1 history and especially the Victoria Cross Aware for the 16 year old seaman named 'Jack Cornwall', who was posthumously awarded a Victoria Cross at the battle of Jutland off Denmark in the North Sea during WW1. 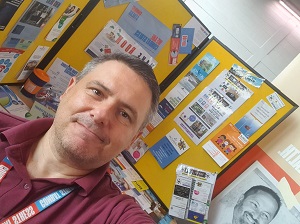 As part of the First Aid 4 All (FA4A) Project, Chris spoke to the Fire Service, First Aid Companies, Paramedics and Gloucester Uni Paramedic Course staff about a possible joint General Public 'CPR ∓ AED (Defibrillator)' awareness event at the end of this year or of beginning 2020 poss at the GL3 Community Hub opposite Tesco in Churchdown.

Related information: War Out Reach in Schools (W.O.R.S.) & First Aid 4 All (FA4A) on our Projects Page »