A massive "THANK YOU" goes to the Staff at Tesco, Tesco Customers & all the Volunteer Poppy Collectors for their generosity again this year. 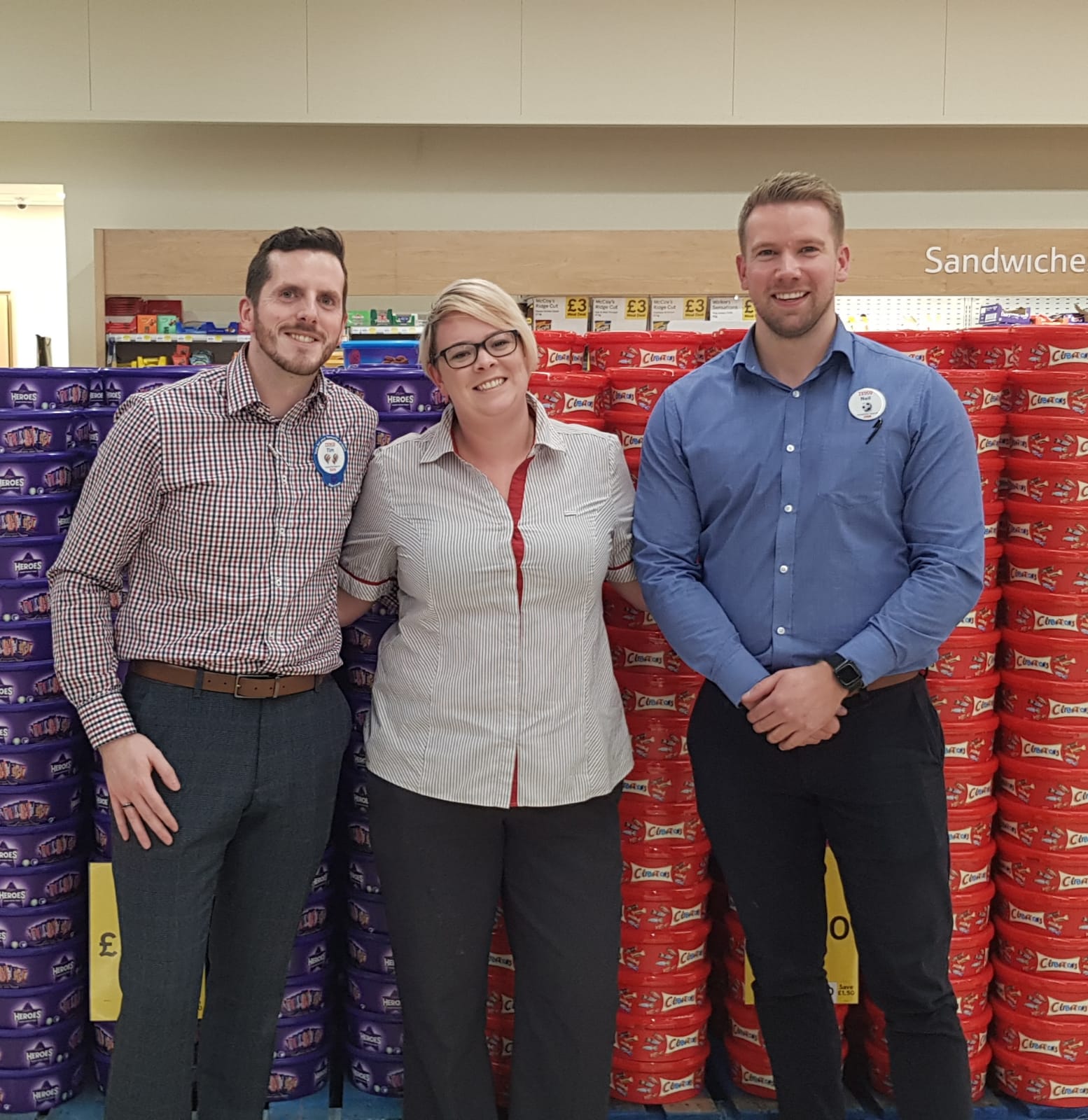 The tremendous amount of *** £3448.99 *** was collected in store, with £3302.00 of that total being collected by the Poppy Collectors on the Poppy Stand located at the store entrance! 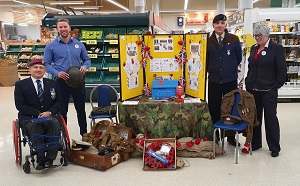 The Tesco staff were great in looking after some of our veterans with cups of tea. This year we were a little short on Poppy Collectors. Poppy Collecting normally takes place between 10am and 6pm Mon-Sat (4pm on a Sunday) Lesley Flanagan, the wife of one of our Soldiers

Below is a picture of our Appreciation Board for the monies raised by the great efforts of the Poppy Collectors, the Tesco Staff and most of all the great Tesco Customers! 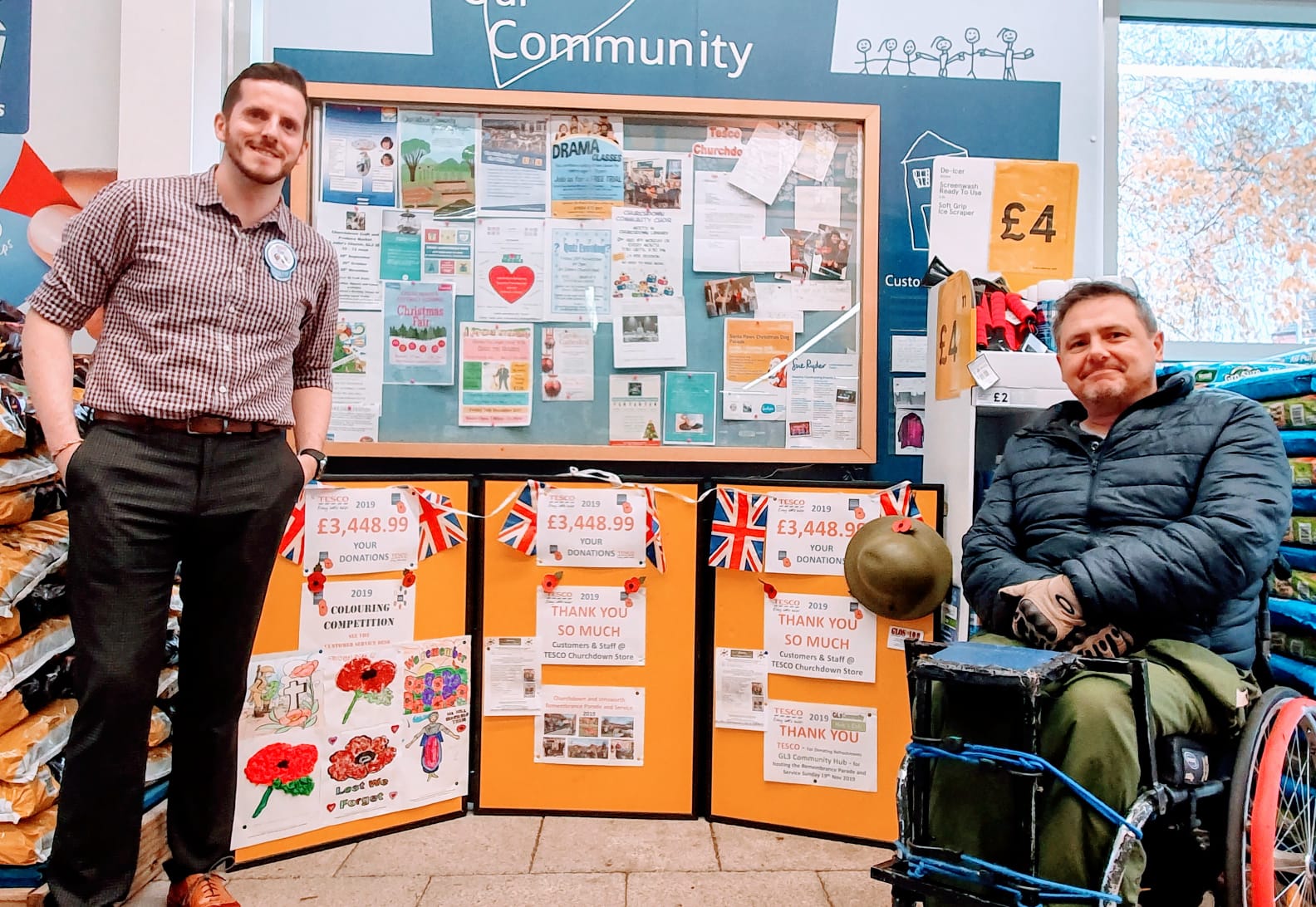